Wood Buffalo National Park is the largest national park in Canada and the fifth largest national park in the world.* How large? It’s nearly 45,000 sq km (17,300 sq mi). How large is that? By comparison, Yellowstone, one of the larger national parks in the US, is approximately 9,000 sq km (3,500 sq mi), just 20% of the size of WBNP. Like Yellowstone, WBNP is significant on a world scale. It’s the home of the largest free-roaming wood bison herd in existence, the only nesting area for the remaining wild population of whooping cranes and the largest freshwater delta supporting four waterfowl migration routes across North America. Oh, and it’s home of the world’s largest beaver dam, 850 metres (2,700 feet) wide.

They had me at ‘Buffalo.’

It was on our list. Although WBNP is mostly in Alberta, there’s only one way to get there in the summer, and that is through Fort Smith, NT. Leave Edmonton, AB, drive 10 hours straight north, cross the 60th parallel, take a right, drive 3.5 more hours (it was 5 hours until November 2017, when they paved the last stretch of the road), then enter the park. The drive to Fort Smith is quite pretty. For a long, long time.

Despite its size, WBNP is manageable to visit, in a forced kind of way. There’s one 120 km (80 mile) gravel road through the park. The remainder of the park is set aside for the wildlife that occasionally make appearances at viewpoints and along the gravel road. (We saw 6 wood bison and 4 bears, including one cub, while in the park. All the bears and all but 1 of the bison were camera-shy.)  There’s one campground, at Pine Lake, mid-way down the gravel road, where we spent 3 days.

Pine Lake is beautiful! It was formed by a series of 3 sinkholes making the lake deep and clear, showcasing multiple shades of blue and aquamarine. We arrived just in time for the annual Pine Lake Picnic with aboriginal culture exhibits, games, and food (I loved the fire-baked bannock – a mash up of s’mores and artisan bread).

We hiked to Lane Lake, meandering through a dense boreal forest along a string of remote, clear sinkhole lakes with varying terrain and views into the lakes. We also explored the Salt Plains, where saline springs feed into the Salt River creating an otherworldly landscape of salt-encrusted mud flats and colorful plants that thrive in the saline environment.

Fort Smith, at the north entrance to the park, is a town of 2,500 people that until 8 months ago was a 5 hour drive on a gravel road from its next nearest neighbor (Hay River, pop. 3,500). What is it that draws people to live here? We needed to explore Fort Smith.

Toni and Peanuts were our campground hosts in town. Toni, who was about my age, loved talking about Fort Smith. ‘I was born here and lived here all my life. It’s a small town and everybody knows what’s going on with everyone. Everybody just gets along. I love it here and hardly ever leave.’

The sign on the door of the coffee shop read: ‘Barista wanted.’

Jerri, the manager at the Northern Life Museum, was beaming with pride to talk about the museum and the long, rich history of trading in the area. ‘The 4 sets of impassible rapids along the Slave River were the only obstacles in a long waterway. The original road between Fort Smith and [the tiny community of] Fort Fitzgerald was built to get around the rapids and facilitate trade. Have you seen the rapids? You can hike to viewpoints for all 4!’ One of the museum exhibits included a tribute to the Metis of the area, and a prominent plaque noted the successful negotiation between a group of Fort Smith locals and the Canadian government for Metis status as a First Nation. It included a photo of Peanuts.

Hmmm, rapids, views… Consult a map! So our adventure in Fort Smith included a bike ride to Fort Fitzgerald (pop 8), 24 km (15 mi) up the Slave River, at the end of the road. Along the ride, we hiked in to 3 of the 4 viewpoints: Rapids of the Drowned, Mountain Rapids and Cassette Rapids. (The sign for the trail to the Pelican Rapids eluded us.) All were worth the effort even if the awe they inspire could not be fully captured in any of our photos.

Interesteringly enough, the rapids first put Fort Smith on the map in the 1700’s as a barrier to travel. The area was put back on the map in the 1980s’s when the rapids were discovered by adventure-seeking kayakers. The annual Paddlefest touts the Slave River as ‘the world’s best lesser-known whitewater paddling destination.’

As we head back west from Fort Smith, we realize how fortunate we are to be able to visit such a beautiful and unique area. On the 3.5 hour drive, we saw another 3 wood bison, 1 bear, and 4 other vehicles. (Actually 5, but we didn’t count the park ranger’s truck, parked on the side of the road to repair a sign.)

Wood Buffalo National Park and Fort Smith are certainly remote and under-visited. Hopefully, they are not under-appreciated! We certainly agree that, as seen on this recent Paddlefest poster, ‘It’s worth the drive!’ 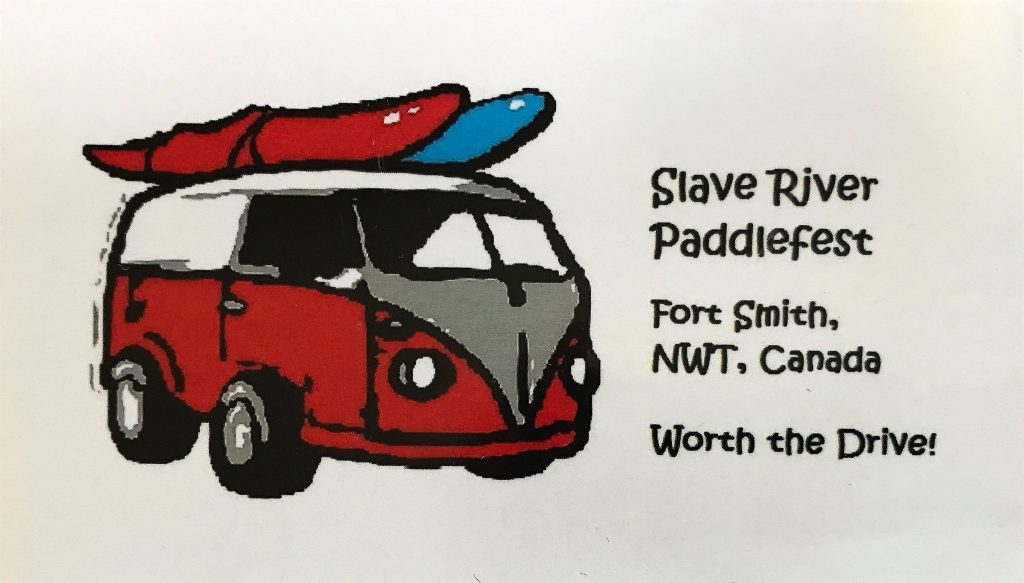 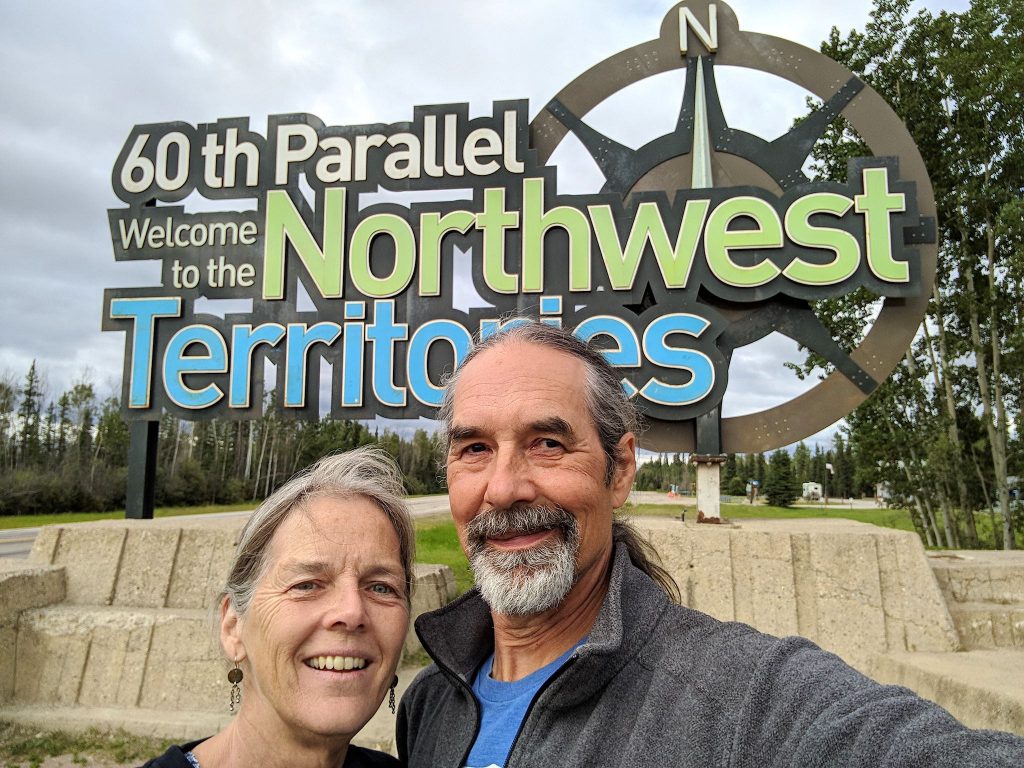 * The largest national park in the world is in Greenland.