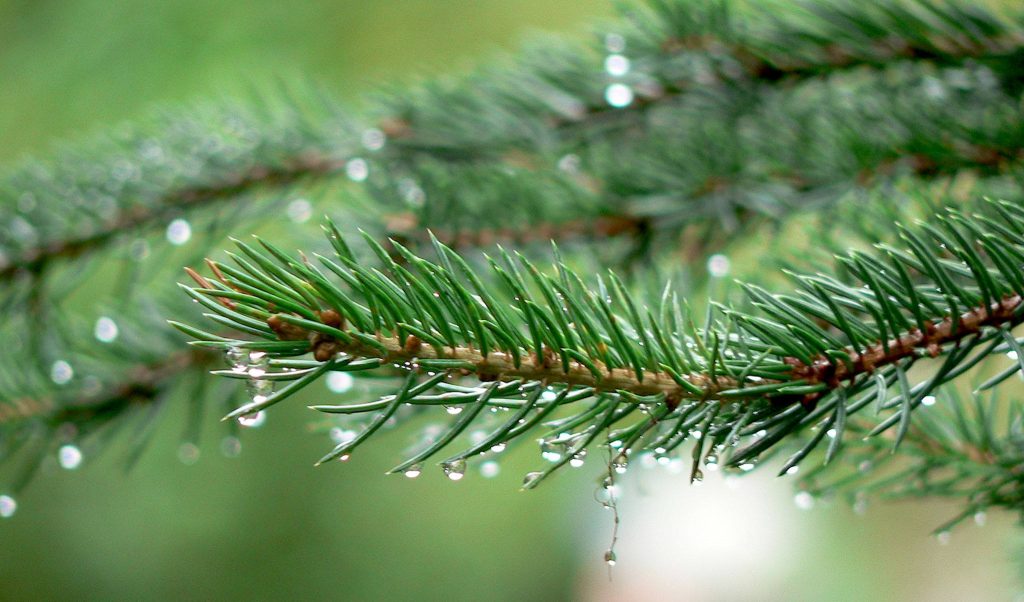 We’re not anti-social, we’re just not into crowds. We anticipated being in the Canadian Rockies in August (prime vacation season) and into September (including the Labor Day weekend), so we hauled out our box full of secret magic tricks. Based on our travels to date, we know the best days of the week and times of day to arrive at a non-reservable campground, how to find remote, lesser-known hiking trails on weekends, and, if we’d like to hike a popular trail, when to head out. As we were closing in on Banff National Park, the most popular of Canada’s parks and close to both Calgary and Edmonton, we decided to visit Kootenay National Park over Labor Day weekend.

Kootenay is the ‘newest’ park in the Canadian Rockies, established in 1920. It’s also one of Parks Canada’s best kept secrets. Within the park are rugged mountain peaks, active glaciers, and a wide variety of hiking as well as interesting and unique natural features – radium hot springs, the 60-meter (200-foot) deep Marble Canyon, and the ochre-filled Paint Pots.

Due to some unusual geography, Kootenay is especially prone to wildfires. Major fires occurred in 2003, 2013 and 2017. And 2018 was no exception. Thanks to those brave souls managing the fires and a bit of colder, wetter weather, this year’s ‘big one’ – the Warble Creek Fire –was considered held (not likely to spread yet not extinguished) after burning in the middle of Kootenay since July 31. Driving the only road through the park  has been restricted and many hiking trails have been closed. Everything reopened on August 28. We arrived on the 29th.

The northern part of the park, where we intended to do our hiking, was reminiscent of a ghost town. We were 10 minutes from the border of Banff National Park and 30 minutes from the towns of Banff and Lake Louise, yet Marble Canyon Campground had 59 vacant sites (out of 60) when we rolled in. We selected the one with the best view, looking out to Vermilion and Stanley Peaks. We said hello to the other couple in the campground and waved to the park ranger. See? We’re not anti-social!

On our first day, we hiked to The Rockwall – a 30-km (24-mile) sheer, limestone wall in the Vermilion Range – via the Tumbling Brook Trail. The trail started near the famed Kootenay Paint Pots, which are springs and streams running through deep red colored clay. The ochre-tinged clay was long ago used by indigenous people for paint. (Today it is used by 21st-century hikers to add inadvertent accents of orange to most of their gear.)

The trail continued through dense forest and up steep switchbacks until we rejoined Tumbling Brook. At higher elevation, the trail passed across ledges, rock slides and avalanche chutes, creating several waterfalls and the obstacles that gave Tumbling Brook its name. By the time we reached The Rockwall, the skies were gray and cloudy and it was clearly a-fixin’ to rain. The views described in the trail guide were mostly obscured by the lowering clouds. And it was cold! On the up side, on our return we realized that not being distracted by fantastic, long views helped us narrow our focus to the gorgeous meadows, flowers, waterfalls that were right in our faces.

Waking again to cold and clouds after a rainy night, we decided to explore the Tokumm Creek Valley, which burned in the 2003 wildfire. The trail meandered up the narrow valley, mostly along or within sight of the Gatorade-blue waters of Tokuum Creek, with wide-open views showcasing the 15-year regeneration of the forest. The entire valley floor was covered with purple fireweed (the first plant to grow following a fire) contrasting beautifully with black, burnt trees – fallen or standing – and new, bright green and puffy ponderosa pines. Some of the smaller brush, nipped by frost, had turned a brilliant red. The weather held for us this time, treating us to views of the Wenkchemna Peaks near the end of the trail and Vermilion Peak and Mount Whymper on our return.

Before heading back to camp, we visited Marble Canyon, marveling at the exceptional power of water, and wondering if erosion was in some way enhanced by the Gatorade hue…

Despite the cold morning (2 C/35 F), we arose for an early start to Stanley Glacier, one of the most popular trails in the park. After gaining elevation through a quick series of switchbacks, the trail led us along the Stanley River to a huge, wide open, rock-strewn glacial basin bordered by Stanley Peak, the 450 metre (1,500 foot) massive, waterfall-lined limestone cliffs known as the Guard Wall, Storm Mountain and the Stanley Glacier. Although we were a bit disappointed to see a trail’s end sign just when the hike was getting interesting, our mood turned gleeful when we noticed signs of hiking paths through the scree beyond the sign, leading our eyes to a group of a dozen hikers heading up the right side of the basin and 4 more high up on the left, all making their way toward a tree-lined moraine near the base of the glacier. We are not anti-social. Still, we went left. Despite the clouds, the views from the moraine were indeed impressive and included the entire basin, the glacial path and Mount Whymper across the valley. On the way back down, totally satisfied with our morning’s exploration, we strolled through the 50 or so people having lunch at the trail’s (supposed) end.

Our time in Kootenay was the longest stretch of our trip where we’ve been without connectivity. Also, the stretch of cooler temperature and cloudy weather (and rain) taxed our batteries and bumped up our propane use significantly. While it was refreshing not to wake up each morning to the news of the previous day (as has become our habit), we did find it useful to go for a drive every couple of days to a nice parking lot with a cell signal so we could check email and weather reports – and, yes, the news – and recharge the batteries. And from our vantage point just feet from the Trans-Canada Highway (the single road through Banff), we quietly witnessed the crowds scurrying about.

Our last day in Kootenay, we woke to new snow on the mountains around us. Our quiet campground closes for the season. We turn off the lights on the way out… 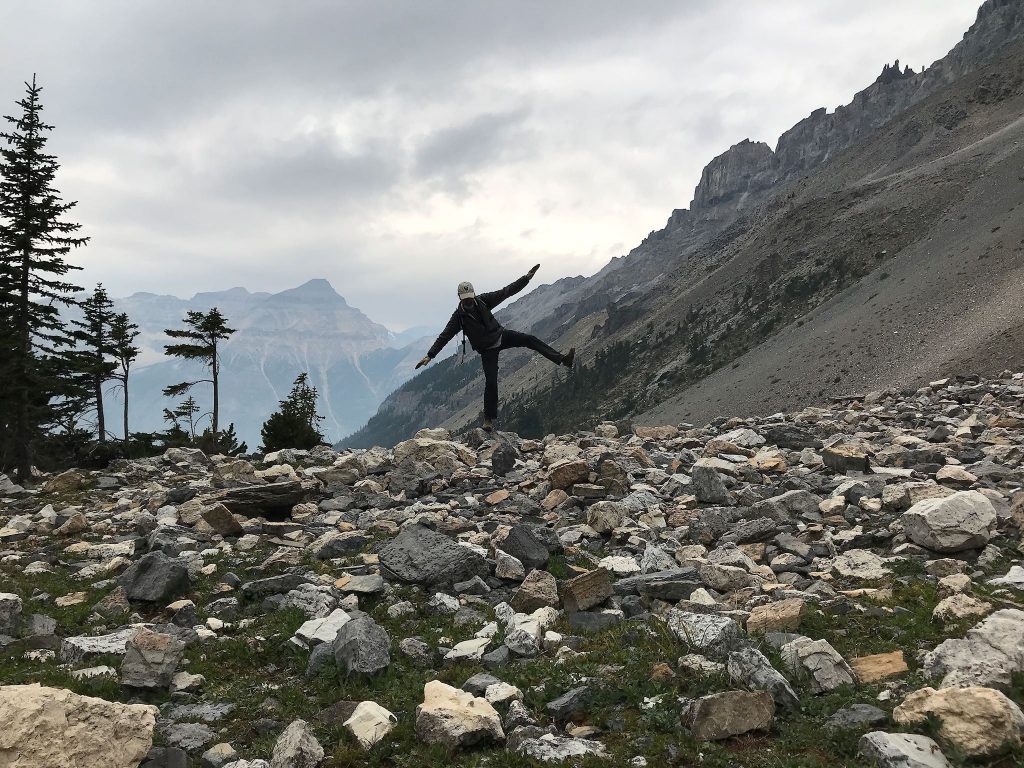